REP2019: On the Road to Better Health Care for EU Citizens 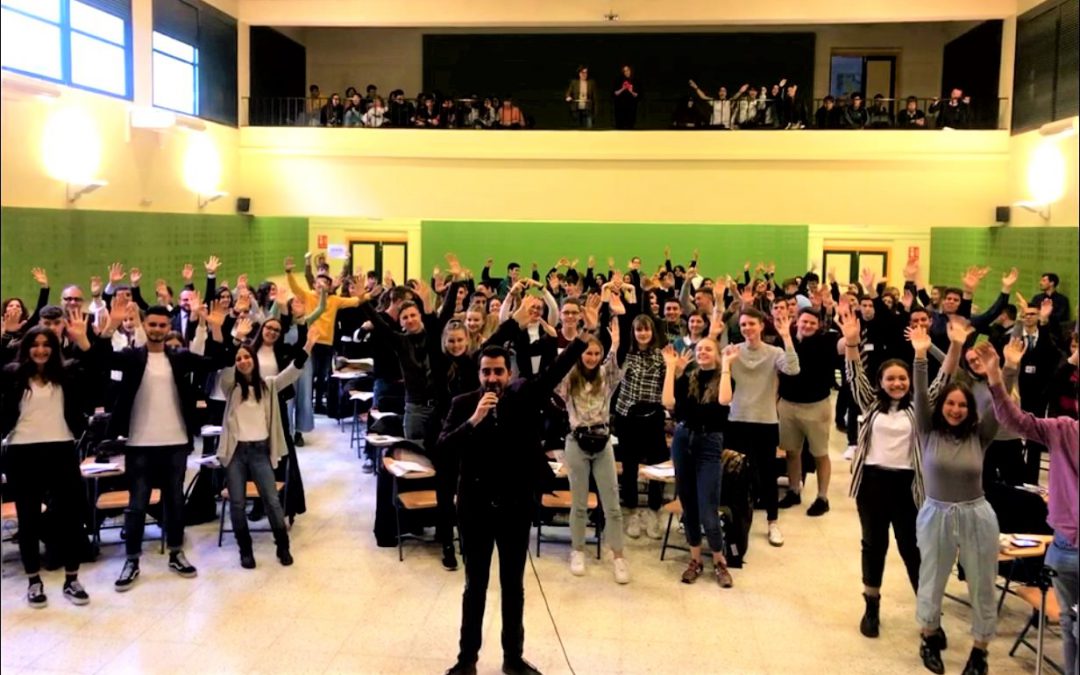 On November 19th, the Road to the European Parliament 2019 – Empowering a New Generation of EU Citizens (REP2019) carved its beginning in Palma del Condado, Spain. More than a 100 high school students from Spain, Italy, Romania, Greece and Lithuania arrived to the city to take on the role of the European Union (EU) institutions and to work together on a Directive for better health care for EU citizens.

Always a complicated topic, health care across the EU requires reform on both a national and European level. Member States hold the primary responsibility for organising and delivering health services and medical care. EU health policy therefore serves to complement national policies, and to ensure health protection and enforcement of all EU policies. Considering this, there is a strong need for a Directive that harmonises national health policies and that creates a network of collaboration across Europe. 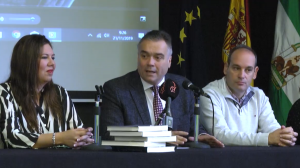 This presented challenge was met with high energy and enthusiasm from the side of the students, who debated a range of ideas for possible solutions. After a warm welcome from the Mayor of Palma del Condado, Manuel García Félix, an introduction to the event and culture of the city by Spanish project partner Andrés Dochao, and instructions to the participants to “live it, enjoy it”, the first REP2019 simulation activity was ready to kick off!

Ahead of the event, each group had prepared their position on five proposals by the ‘European Commission’ (represented by the Spanish students), which covered some of the most urgent health care issues. The ‘Members of the European Parliament’ (represented by the Greek, Italian, Lithuanian and Romanian students) had been asked to reflect on and form their argument on the following:

Title & domain: Directive for a better healthcare for EU Citizens

Playing out the decision-making process, each group presented their position on the above proposals to the rest of their ‘colleagues’. Some of the raised points included: 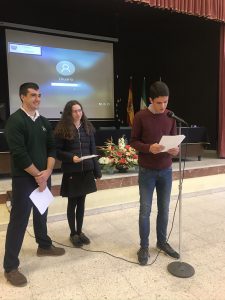 Proposal 1: All groups agreed to the need of such research, underlying that the pace at which the newest and most effective treatments reach the patients is unjustifiably slow in the era of advanced technologies. However, they expressed a concern that more investment in such research would equal bigger taxes for citizens.

Others noted that stronger investment in cancer research can lead to patients getting significantly better, which can lead to them being able to work, which can ultimately lead to a better overall economy. 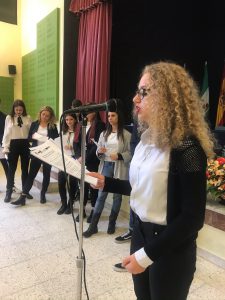 ‘Members of the European Parliament’ from Italy

Proposal 2: Financial reasons pose a big restrain on this proposal. Instead of transferring the carrying out of research in centres to hospitals, some groups argued it would be better to create an extensive data base of new and more complex information on different symptoms and diseases.

That way, health care experts can exchange information, as well as direct their patients to where they can find the most advanced equipment to treat their illness. 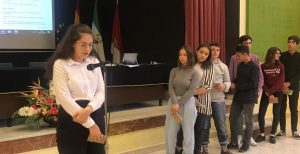 ‘Members of the European Parliament’ from Romania

Proposal 3: This proposal was the most agreed on, with all groups stressing the importance of focusing on disease prevention, as suppose to only on treatment. To tackle the rising number of certain diagnosis, groups proposed to rise VAT on tobacco and alcohol products, as they contribute to this increased statistic. In addition, they proposed setting a fee on sugar products for similar reasons.

Other suggestions called for the EU to develop and finance programmes with a focus on prevention, awareness and education, so that people know to do regular health check-ups, do more physical activities and eat healthier. 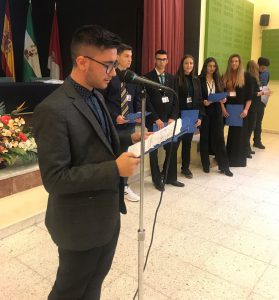 ‘Members of the European Parliament’ from Greece 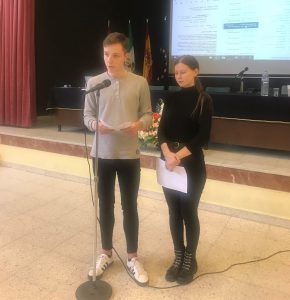 ‘Members of the European Parliament’ from Lithuania

Proposal 4: In order to reduce waiting time to see a specialist, groups proposed creating a common medical questionnaire that helps determine the urgency of each patient’s situation and who needs immediate assistance. They identified the lack of specialists as one of the causes for big waiting lines and proposed wage increases for general doctors (GPs).

Proposal 5: This proposal was the most ‘controversial’, as students acknowledged that providing free care for everyone requires a huge budget. To minimise costs, groups suggested limiting access to free health care only to children, students, disabled people and those who provide service to the country, such as the army.

During the lunch break, ‘representatives of the European Commission’ took into consideration the provided feedback and formulated the final version of the Directive for better health care.

The ‘European Commission’ debates proposed changes to the Directive

After final remarks by the ‘European Parliament’, the final vote was in:

The final decision signalled for the end of the workday; the students adjourned from their roles and enjoyed the culture of Palma del Condado through different organised activities.

The next simulation event will take place on January 21st, 2020 in Alimos, Greece.