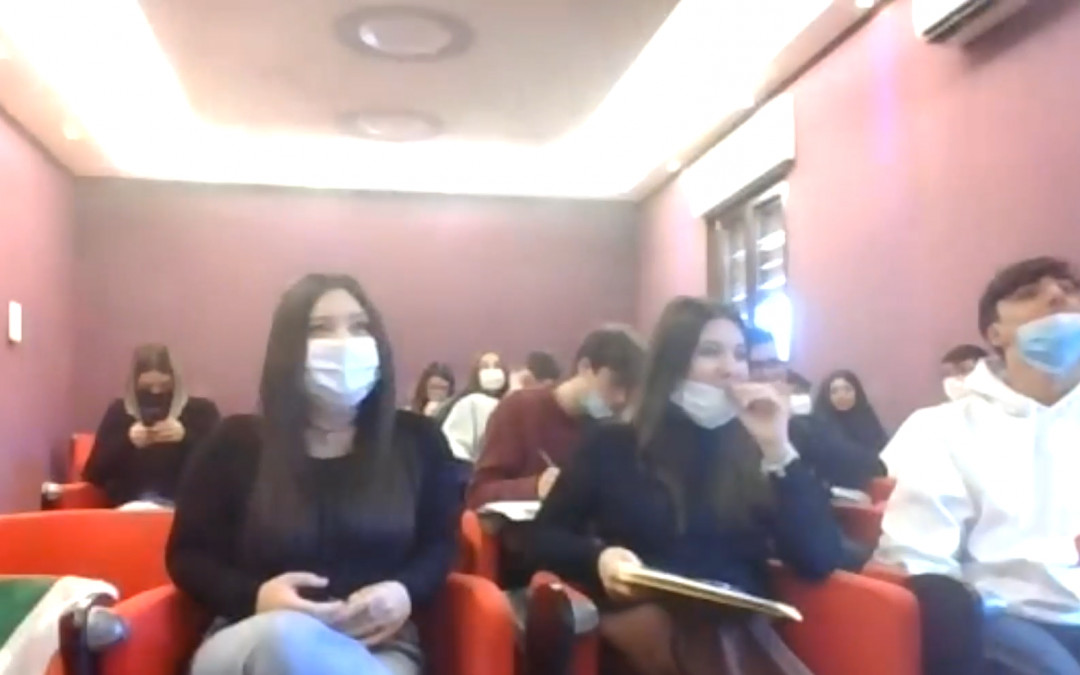 In 2019, 2.7 million people migrated from non-member countries to the EU. As of 1 January 2020, 23 million non-EU citizens are living in the Union. i. Over the years, migration has become increasingly present in the media due to several migration crises and it is a key issue that the EU and Member States need to confront. The EU and its Member States are continuously working to establish an effective, humanitarian and safe European migration policy.

On 10 December 2021, high school students from Lithuania, Spain and Italy, for the last time took on the role of the EU institutions and this time they decided to work on a Directive addressing migration issues. Due to the ongoing pandemic this event was done virtually and replaced the session that was scheduled to take place in Palanga, Lithuania. Greece and Romania partners were unable to attend.

The European Parliament (Italy and Spain) presented their position on the different proposals to the rest of their colleagues. Some of the raised points included:

Proposal 2: Build strong immigration pathways for admission to the EU from third countries.

Proposal 3: Immigrants seeking admission to the EU must follow EU’s immigration rules. Illegal immigrants cannot be given priority over legal immigrants. Immigrants who break the rules will be sent back to their home countries and will be denied access to the EU for 10 years.

Proposal 5: Member States are responsible for local integration of immigrants

After taking into consideration the feedback and final remarks by the European Parliament, the final vote was:

Proposal 1 to 6: Approved by Qualified Majority

The final voting signaled for the end of the workday and the event.

This was the last REP2019 event. Many thanks to the students, participants and partners that contributed to this project.