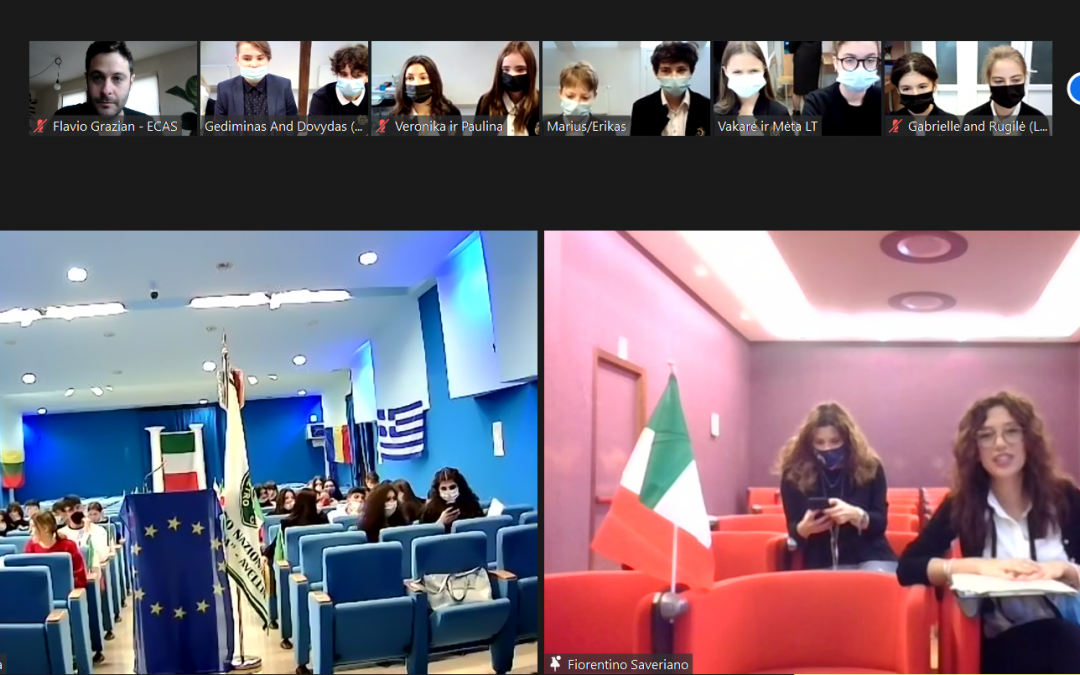 In 2017, the European Union (EU) signed the Istanbul Convention The Council of Europe Convention on Preventing and Combating Violence Against Women and Domestic Violence, also referred to as the the Istanbul Convention, which acts as a benchmark for international standards on gender-based violence. Currently, there is no specific legal instrument to address gender-based violence at the EU-level. However, the topic is covered in several directives and regulations.

The Commission has announced intentions (Commission Work Programme 2021) to create a new legislative proposal to prevent and combat gender-based violence against women and gender violence. This proposal aims to strengthen the actions taken by the Member States through ensuring a minimum level of protection both online and offline across the EU.

On 12 November 2021, high school students from Lithuania, Spain and Italy, once again took on the role of the EU institutions, and this time they decided to work on a Directive addressing gender-based violence. This event was supposed to take place in Mercogliano, Italy, however due to the ongoing pandemic this event was done virtually.. Greece and Romania were unable to attend.

The event began with a wonderful video introduction of the host country: Mercogliano, Italy. The aim of this simulation game was for the high school students to discuss, debate and agree on the Directive on gender-based violence proposed by the European Commission (Italy). The simulation began with a brief introduction to the topic of gender-based violence and a short video by the United Nations Secretary-General’s Campaign UNiTE to End Violence Against Women. Following this introduction to the topic, Italy (European Commission) presented their Directive with proposals to be discussed and debated by the European Parliament (Lithuania, Spain, Italy).

The European Parliament (Lithuania, Spain, Italy) presented their position on the different proposals to the rest of their colleagues. Some of the raised points included:

Proposal 4: Establish provisions in support of victims and compensation measures

The overarching theme from all interventions from the European Parliament (Lithuania, Spain and Italy) was the importance of establishing and implementing measures and regulations that are the same across all Member States. There must be collaboration between all Member States in order to create a functional and protective Directive in regard to gender-based violence. The European Parliament also emphasised the necessity to monitor, regulate and prevent online violence and harassment.

After taking into consideration the feedback and final remarks by the European Parliament, the final vote was:

Proposal 1 to 6: Approved by Qualified Majority

The final voting signaled for the end of the workday and the event.

The next simulation event will take place in Romania (virtually) on 25 November.